I’ve owned quite a few pop-up golf nets over the years, but they’ve all been small so I could only hit little chip and pitch shots into them from a few feet away. I wanted to be able to make full swings and hit full shots into a golf net so I invested in the Spornia Golf Net after hearing some positive reviews from a couple of golfers at my club.

One thing I hated about every golf net that I used in the past is that after each shot, I had to walk to the net and untangle everything to get the balls out. With the Spornia practice net, the ball rolls back to my feet and with one step I can pick it up again and place it ready for my next shot. This means I don’t waste time between shots so I can keep the muscle memory going by hitting more shots in a short duration.

I used to hate hitting 20-30 balls into the net and then having to go fetch them and get tangled up trying to get each ball out and have to go through the whole routine again 30 balls later.

After all, on the driving range you would just rake another ball over from the pile a couple of feet away and hit the next one.

Of course, if you want to fire off a few dozen balls, the ball stopper can hold up to 200 and collect them all together for you at the front of the net.

The added bonus for better players using The Spornia Golf Net is that the straighter you hit the ball, the straighter it rolls back to your feet so you have less work to do to get the ball ready for the next shot.

I don’t really need the target in the middle of the net because I can tell instantly from the feel of the ball off the clubface if I hit a good shot or not. I’ve also got a pretty good feel for my swing so I know when I put a good swing on it or not.

But the target and the white lines help me get my “eye in” so I can track my eyes from the ball, over the white line and towards the target. Out on the course my eyes would track all the way to the pin or to the middle of the fairway.

The target sheet does help with absorbing the “thud” sound caused by powerfully hit shots. This is helpful if you practice in a residential area like I do and don’t want to annoy any non-golfers around. You could also set up the net indoors and hit shots without bothering other people in the house with the noise.

Also I don’t really need the side protector nets because it’s been years since I hit one off the hosel, but you never know – I’ve seen pros do it and my insurance premium is high enough as it is so I’m glad the protectors are there.

I initially feared that the impact sheet would mark my golf balls but I’ve looked at the dimples up close recently and I can’t see any markings from The Spornia Golf Net.

How Does It Compare With Other Golf Nets On The Market?

A golf buddy of mine bought The Net Return recently and I helped him set it up. We had to watch a video to work out how to put it up and it took a lot longer than setting up the Spornia.

The Net Return doesn’t have a heavy duty target sheet like The Spornia Golf Net so I was really worried about the ball going through. I know they say the net can withstand ball speeds of up to 225mph and while my ball speed isn’t up to that level yet, I still didn’t feel comfortable enough to really let rip with my driver.

Even though both The Net Return and The Spornia Golf Net returns the ball back to your feet, the Net Return shoots the golf ball back at speed because it rolls back along the mat. I’ve had golf balls rap me on the ankle a couple of times while I was still holding my follow through.

Even though The Net Return is bigger, it isn’t worth the added expense.

Being a single-digit player, I prefer to hit my irons off the turf because I can look at my divots to see if I’m striking the ball well. So hitting shots from a mat is not ideal for me, but it’s good when I’m hitting long irons or woods because I like to sweep those clubs off the top of the turf anyway.

A few other reviewers say that the Spornia is not as tall as other nets so you can’t hit the lofted clubs otherwise the ball will fly over. That is only partly true: the net measures 7 foot in height and I’ve been hitting plenty of 8 and 9-irons into the net no problem. And my ball flight is fairly high. Of course, I can’t crank open the face of my 60-degree wedge and hit any flop shots into the net. If I want to work on my wedge game using the Spornia, I just close the face on my wedge and hit some low shots keeping the ball down like I would if I were playing in a strong wind. The height of the net is no problem for anyone not called Phil Mickelson.

Overall I’m really happy that I invested in The Spornia Golf Net. It has allowed me to work on my game during the winter months – I live in the North East. Usually my game goes into hibernation during the fall and winter but this year I’ve got my game ready to go for the start of the season. 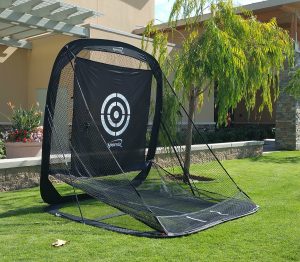 The Spornia Pop-Up Automatic Ball Return Golf Practice Net is the last golf practice gizmo, that you’ll ever need to buy. It’s durability and purpose, suits the needs of a wide range of golfing expertise and prestige. 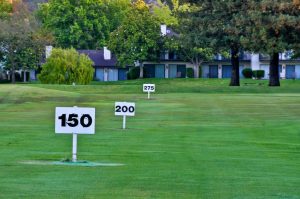 The exciting part is – once you learn to release the club head properly, by throwing your right arm through the ball, you’ll add 20-30 yards to your shots overnight. 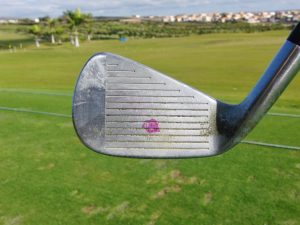 Desirable Impact Zone, the Full Review of the Swing Caddy by Swing Impact

The Swing Caddy is custom made for any number of drills and exercises. It is also a great equipment to stretch before the first swing at a driving range or on the course.

The Spornia Pop-Up Automatic Ball Return Golf Practice Net is the last golf practice gizmo, that you’ll ever need to buy. It’s durability and purpose, suits the needs of a wide range of golfing expertise and prestige.

The exciting part is – once you learn to release the club head properly, by throwing your right arm through the ball, you’ll add 20-30 yards to your shots overnight.

Desirable Impact Zone, the Full Review of the Swing Caddy by Swing Impact

The Swing Caddy is custom made for any number of drills and exercises. It is also a great equipment to stretch before the first swing at a driving range or on the course.

Most amateur golfer do not practice the same way that a professional golfer does, and the division between the two is best described as “having a purpose.”

Let it Drain! The 1,2,3 for Improving Your Putts

Properly assess the speed and direction of your putt and execute it with a sound, repeatable stroke, you’ll reap the benefits of a consistent putting game and lower scores.